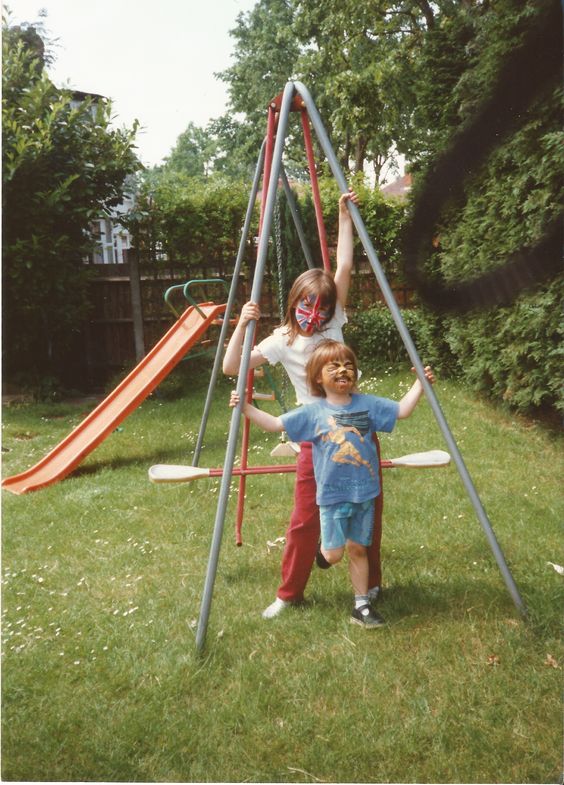 10 THINGS I REMEMBER GROWING UP IN BIRMINGHAM IN THE 90S

I was sat the other day by the Birmingham library looking out on the hectic Broad Street which is more like a classier version of the strip in Malia. Memories suddenly came flooding back to me going along this street in a car with my family being mesmerised by Broad Street, I still do feel mesmerised with the number of blow-up dolls and girls falling out of cabs with the skirts over their heads however I had completely forgotten how much Birmingham has changed over the years. I am going back about 20 years ago, back to the 90’s where I would be full of excitement going up those bloody long escalators coming out of New Street station into the Pallasades, begging my mom to go to Woolworths for the pick n mix and then using all my birthday money to buy 4 for £20 on music cassettes from Virgin Megastore. What I know now and what I knew then is pure comedy, and I thought I would do a little post and share my thoughts of Birmingham as an 8-year old curious child and I am pretty sure some of you might have thought the same of our City

I remember my parents uset to take me out in the car to various Saturday night events and I would always see this building that would question if my Mom and Dad had drugged my frosties that morning and took me to Rome for the night. Although this sounds like a fantastic idea (not the drugging bit) but this was not the case. As I got older I realised that my parents were not taking me to Rome every other Saturday night they were just taking me to that bloody long street in Birmingham; Broad Street. I later found out that the building that convinced me I was in Rome was in fact, The Town Hall. Parents take note if you want to take your kids on holiday, just take them to Broad Street.

FLARES WAS EVERY 8 YEAR OLDS REASON TO COMPLAIN ABOUT BEING AN 8 YEAR OLD.

Those big purple doors, the people standing outside in fancy dress and the flickers of light reflecting off the disco balls you would see from outside. I didn’t want the newest Barbie doll or any more Polly Pocket’s for my birthday, I wanted an ID to go to Flares. “It’s for big people, you can go to it when you are 18” when I finally turned 18, I checked out Flares and..it was a bag of shite.

THE DISNEY SHOP IN THE PAVILLIONS

I remember sitting in front of the TV and seeing advertisements for Disney World, of course, the overly happy kids, my favourite characters pratting around with families and the Kiss from Mickey at the end sold it to me. It was selling the dream to kids, so 90% of kids would beg their parents to take them to Disney World whereas the other 10% would beg to go to Butlins. Finally, my Mom turned around after months of begging and said we are going to Disney World and I can pick something to buy! It still didn’t hit me when I was heading into town on the bus with no suitcase. My mother had me like a fool as I stood outside the Disney shop in the Pavilions shopping centre in Birmingham looking very confused, this certainly was not Disney world. I soon shut up when I had a run around and was obsessed with watching the big screen with all narrated Disney movie trailers. I did manage to go to the REAL Disney world when I was 11 years old and they just forget to mention how bloody expensive, overly crowded and how most of the rides are not suitable for shortarses like me. This photo was taken after I was not allowed to go on the Kraken at Seaworld as I was too short…I was pissed.

From Bay to MK one and then we had the ruler of all girl’s fashion Etam/Tammy Girl. I remember Etam in the City Centre of Birmingham, can’t quite remember where exactly but I do remember when the redevelopment of the Bull Ring finished in 2003 Etam and Tammy Girl was moved to the Bullring. Tammy Girl was usually on top of Etam and it was aimed at the teeny girl boppers, if I had an upcoming party It would be Tammy Girl where I would be getting my outfit. Sadly, Tammy Girl is no more.

THE VAMPIRES IN THAT PARK

Getting the bus into town and getting off along Bull street, I would always walk past a park (you guessed it, Pigeon Park) that was home to “vampires” of course, as I got older I realised these were not vampires but they were people who followed the “Goth or Emo” lifestyle. I would see them all standing round in circles, some swigging back these bottles that looked like they had pee inside them (It was lambrini) and some of them would be trying to sunbathe. One thing I knew for sure when I was 8, was that I didn’t want to end up joining the vampires and drinking pee when I was older.

BRMB PARTY IN THE PARK

96.4 fm BRMB, Every year BRMBs Party in the park would come to Brum and I remember always wanting to go in the 90s however the new Millennium came and in 2002 I found myself at my very first and also my last BRMB party in the Park concert. Blue, Gareth Gates, Will Young and more acts performed at the Birmingham City football ground, I couldn’t tell you what I thought of the concert because I can’t remember a thing but if I can remember seeing S Club Juniors then I am pretty sure I would have remembered these acts so I am guessing they must have been shite.

50P FOR A BUS TICKET WAS EXPENSIVE

Don’t you just hate it when the elderly turn round to you and say, “oh you young people got it easy nowadays” No, I haven’t got it easy because I have to fork out around £5 every day to get to work and back then get asked multiple times by Randoms for change?! Gone are the glory days of paying 50p or under to get into Town and also, to add insult to injury, many of the buses don’t print out the McDonalds and Burger King vouchers anymore. However, as a child, I never understood why we had to pay for travel. I remember thinking why on earth do we have to pay, and I thought 50p was bloody expensive. To a child in the 90’s, yeah it is, I could get a load of blackjacks and Freddo’s for 50p but no, I had to spend my 50p pocket money on bloody bus fare.

There was a time in Birmingham where the German Market only existed in Germany. I have sweet happy memories of holding my mom’s hand walking up to Victoria Square without a rub of a randomer’s arm or an end of a German sausage in my face. Usually every Christmas eve we would head into Birmingham so my Mom and Auntie would do their last-minute Christmas shopping, it was still packed back then but not so much as now. Thank god I never experienced it when I was little, I would have screamed the bloody place down and just pee myself on purpose so I could get out the hell out of there.

From being forced to participate in games of bowling to mimicking puffer fishes at the sea life centre, there was a school trip every couple of months and guaranteed it was in Birmingham. The best thing I looked forward to on school trips was my packed lunch because for some reason my mom would let me choose what I wanted in my lunchbox, only if I was on a school trip. When I was not on a school trip, I was constantly disappointed with squished tuna and mayo sandwiches, a pathetic cheese string, an apple (that I had to get the dinner lady to cut up) and a penguin bar that would always hurt my teeth and told crap jokes. So, school trips were my favourite, It was a time for kids to let loose! One trip I will always remember is watching a music production at Symphony Hall in which me and my friend thought it was funny to make fart noises whenever the trumpets would play…I felt so powerful coming out of Symphony Hall because the teachers were too embarresed to tell me off however that soon changed when I got back to school…Am I first kid to get a detention for making fart noises in Symphony Hall?

TOYS “R” US= LOSE THE PARENTS

You don’t understand how much I would beg my parents if we ever went into town to go into Toys R Us on Dale End, they were always reluctant to take me but who could blame them? as every time I went there one of the workers would have to do a tannoy call out for me, as I would always go missing…on purpose. I would find it hilarious and hide away from them, I was a right sneaky little bugger, but could you blame me? Toys R us was almost like a drug, it sent kids wild! it was like a magical land where every kid wore a smile, and everything was free…unfortunately for my parents.